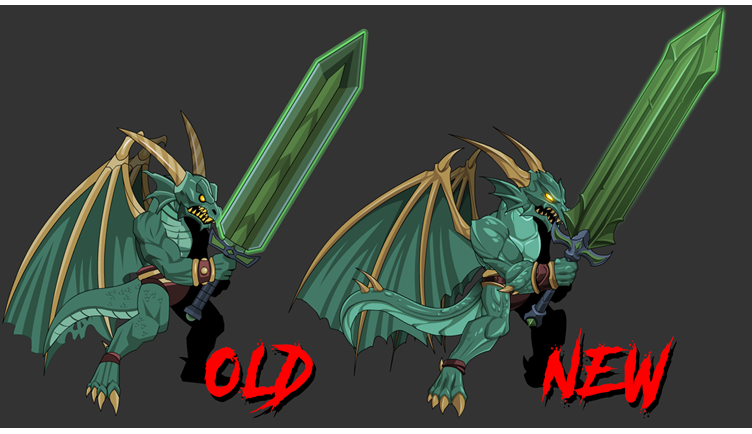 Thank you to Lae for this awesome art improvement. After seeing the old monster art in the Dragon's Lair (which, in all fairness was the first ever dungeon in the 1st version of AdventureQuest Worlds) Lae drew an upgrade.

The version on the right looks vastly superior when exported for the new game.... especially shrunk down for your cell phone. 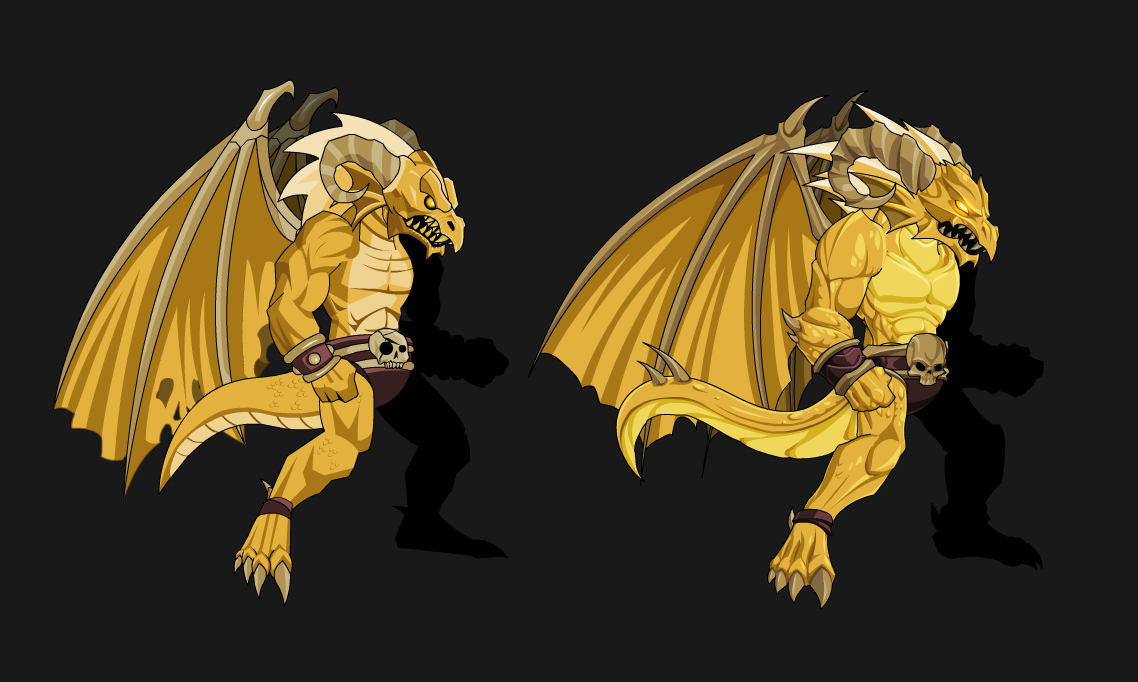 The one on the right has clearly been working out.... probably a member of Gold Dragon's Gym.

You will be facing these Draconian Warriors in AdventureQuest Worlds: Unity's new dragon's lair.  Love this art so much. <3 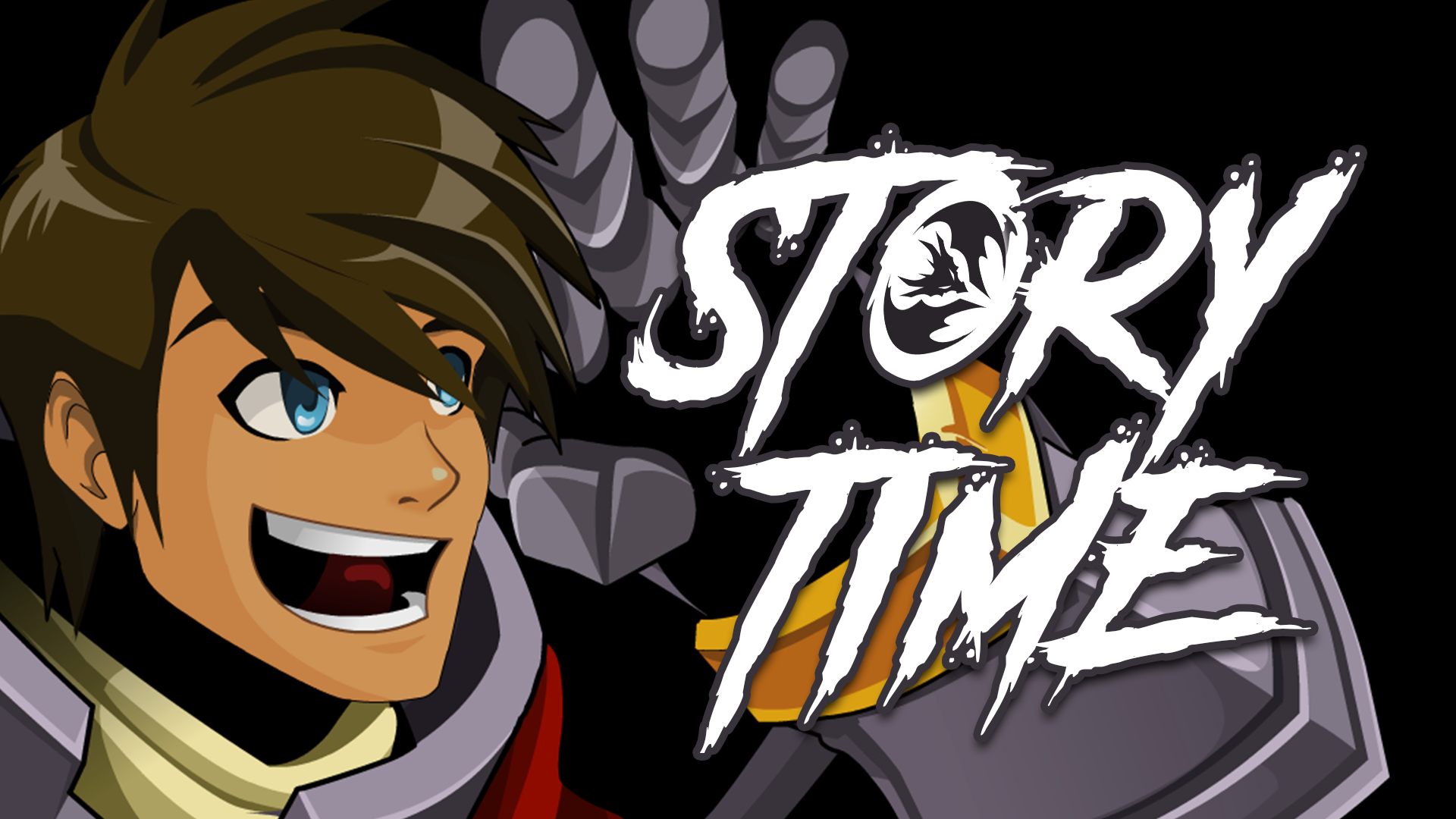 I am home from my trip to the Frozen North.

During the time that I was working on the 20th Anniversary Event and traveling, the AdventureQuest Worlds: Unity team steadily continued production. Their top priority was to get the game ready for testers. Which meant making the game bullet proof, setting up the leveling and enhancement system, and polishing the Dragon's Lair. They were extremely excited for me to login and see everything on Wednesday. So I updated the test version of the AQWorlds on Steam, logged in, and....

That is right. Tremble in fear of my unholy "Doom Paladin Computer-Death Touch!™"

I broke the game so hard that I could not even log in. And then... when I did, combat stopped working. And then noticed weapons were being exported wrong. Then I broke the enhancement system. As far as my computer death-touch goes, that may have been my #AllTimeHighScore

Turns out, my character was impossibly equipped in just such a way that I hit every obscure edge case. They are fixing those things up.

Then I saw loot!

I was legit excited to see loot bags dropping.

When you slay a monster, they now drop a bag of loot. Well, right now it is a bag. The actual thing that drops can be any object that represent the type and rarity of the loot dropped. Walking over it will collect it into a temporary loot storage that you can shift through at any time. We are calling it a "Loot pack" for now. It allows you to loot, loot all, or discard items.

We added this feature to solve collecting loot on your phone-- which is sorta tiny. So when you received the way you do on the web version of the game, the loot buttons are giant and fill your screen in a terrible way. Collecting loot this way solves this issue. We can show you the name of the item that dropped without cluttering your screen. One question we immediately asked was, "What if I am lazy and do not want to walk over and pick it up?" To which we quickly replied, "That is what pets are for.... FETCH!"

Remind me in the future that we need a way to tell pets to only fetch a certain rarity threshold of loot, or named item.

Other Improvements and New Features

Things we need to do next 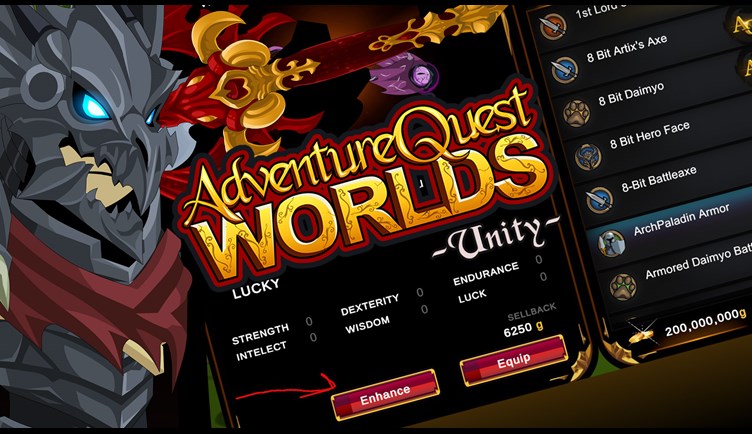 The Secrets of Game Development Exposed

OK... it really freaks me out. I thought it was a longer time ago. But I realized that my 8-bit game, Dungeons & DoomKnights only finished and started shipping this year. I learned so much making and finishing that game. Dungeons & DoomKnights earned #1 best action-adventure game on the top 500 NES Homebrews (also on the top 10 of all games), earned a 9.5/10 in the print magazine Retroformat, and accolades from the top YouTubers that cover "new retro" games. It took a looooooong time to finish, but we over-delivered like crazy. The physical cart and box quality were top notch... it came with a manual and an entire parody magazine. Not to mention a normal and metal version of the sound track, 4 bonus "Chaos ROMs", and I hand signed a certificate for each backer. Why am I telling you this? Because there was a point in the middle of that project that I was so overcome by overwhelm and legit dread. In the middle of 2020... I was truly in the pit of despair. I thought there was no way we would ever reach the finish line.  But I did two things which turned it around and turned it into a #1 game. First, I embraced brutal honesty. Just like what we have been doing here. I posted exactly where the project is... what is working, what is stuck, what broke, and what just got fixed. And I knew that no matter what challenge we encountered, we would inevitably find a way through it. Second, and most importantly.... we started a hyper-fast tester feedback loop. A tight group of testers were given small, focused portions of the game to test. We had a blast building and testing the game together. A culture formed around it. That non-stop cycle of "try this", "found an issue", "can you make it do this?", "I added it, try it out!".... lead to a really fun and unique final game. This is exactly what I want to do over the next few months with AdventureQuest Worlds: Unity. I mean, I want to do it sooner-- but the whole brutal honesty thing. It will not start until after this month ends. There are a few different phases of testing. The one you are going to be interested in is the "Alpha Test Phase." There will be two ways to get in it. Either get an invitation from the team or through the Kickstarter or whatever we end up doing. The Dragon's Lair has been our focus. It is the perfect size area with one of every major feature of the game. If we take the time to perfect it... and make our tools really good at producing that kind of content, then we will convert/build the rest of the game at a blinding fast speed. The Lair still needs a lot of work. But, as I write this, I can log in and go there... fight monsters, complete quests, pick up loot, and watch cutscenes. When I think back to 2020 and being in the pit of despair with my retro game... lol, I would have dreamed about being in the position we are in now with AdventureQuest Worlds: Unity.