The AQWorlds:Unity store page just went live on Steam! You can now add it to your wish list. Also, we got to try the game out on Steam Deck. OMG.... O_O this is an exciting post to write! 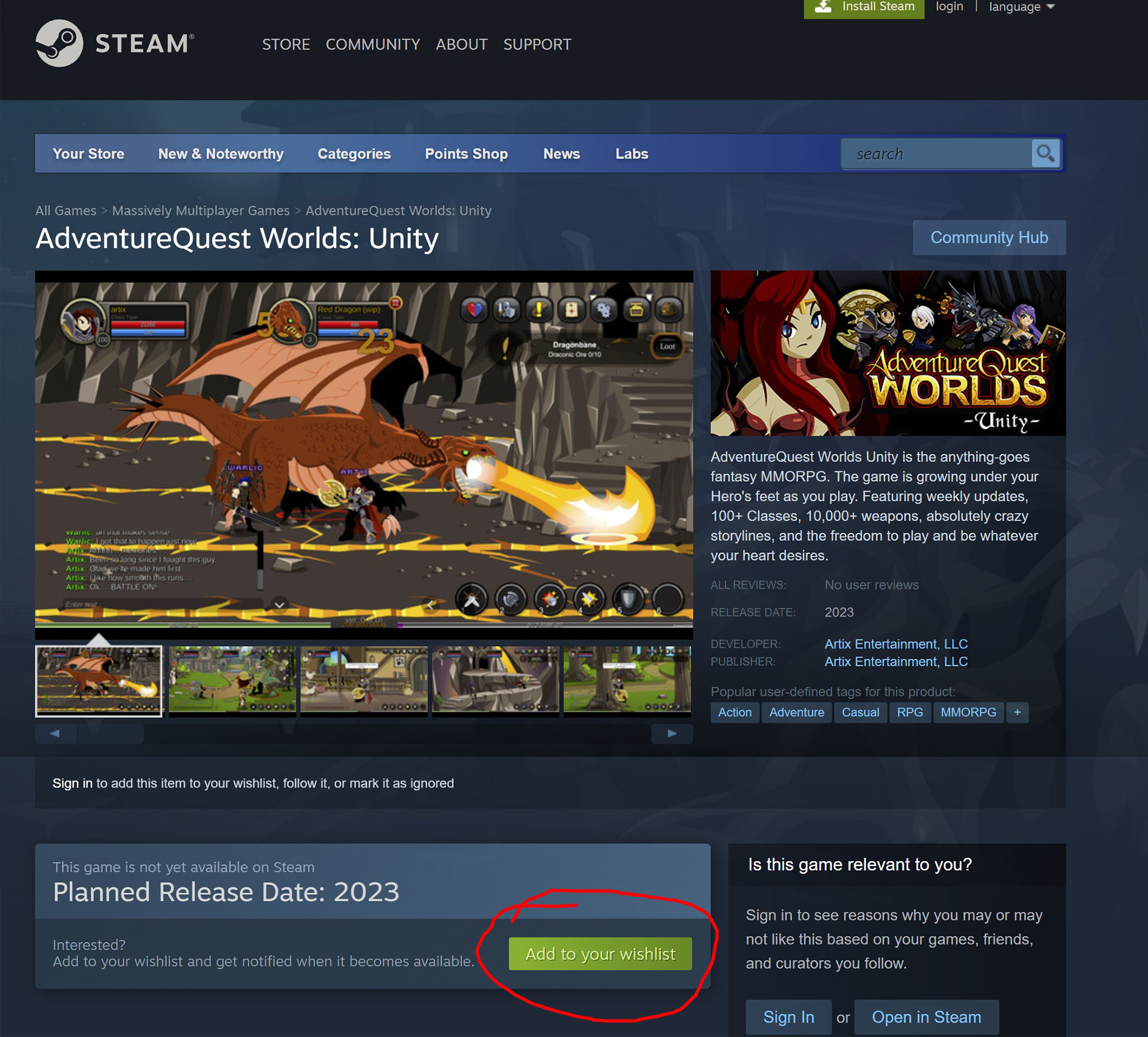 Awwwww yeah! The page was just approved and went live this morning. If you have been following the posts here, then you are already an insider and know more than most people. The store page gives a pretty simply overview of the project hitting on the key points of... 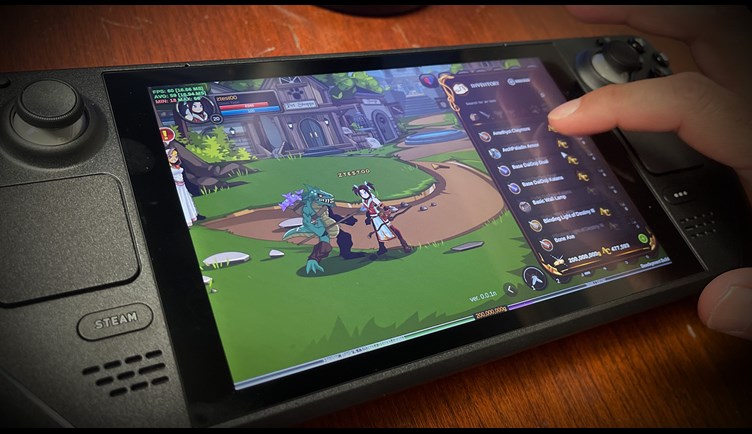 So... we got a steam deck! (Strictly for um, game dev reasons.) The first thing I did was try out AdventureQuest 3D on it. It works. But we definitely need to add native controller support and a bunch of other things for menu navigation.

During our Wednesday AQW team meeting, we tried the latest dev version of AdventureQuest Worlds:Unity on it. We got stuck at the login screen-- because we could not click on the text boxes. Warlic figured out a quick workaround. The game runs smooth and we were suprised how the SteamDeck knew to map the keys to the control stick. However, We clearly need to make a lot of the same type of changes as the 3D game to make it a good experience. If we can get it smoothly working on the Steam Deck, then the Nintendo Switch is not very different. Before we are allowed to go work on that, we need to finish the core game first! XD 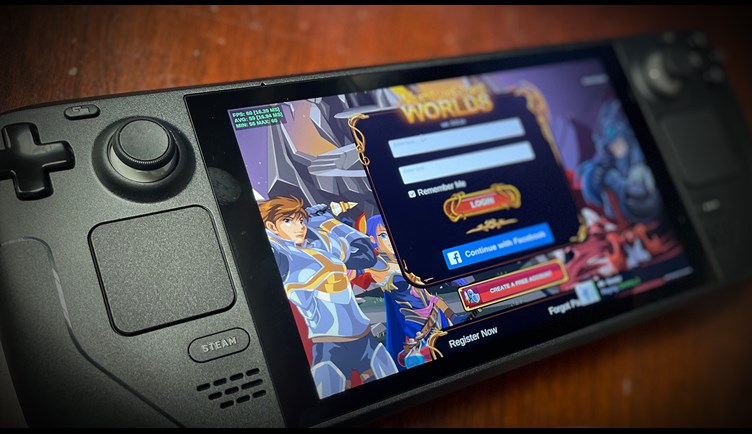 Thoughts about Testing on Steam

In the future (when it is Ready-O'Clock), we will be testing the PC/Mac/Linux version of AQWorlds:Unity on Steam. Steam has a new feature called "Play Test". It allows us to make a second version of the game that we could use for alpha & beta testing. Not sure why we are not already using this for AdventureQuest 3D's public test realm. (I have never been a fan of switching versions from that drop down in the settings) Steam makes it pretty easy to generate keys for the Play Test version. I wonder if we could make tools for the games that could be accessed this way too.... like item checkers (to test weapons, armors, and monsters). We are still planning on doing the Kickstarter. Anyone who backs the project will naturally be given early access. I was really proud that way back when we did AdventureQuest 3D's Kickstarter that we surprised backers by inviting them to play an early access version of the game just weeks after the Kickstarter successfully finished. Back then, we only had testing on Steam. It was not until much later that the Apple & Android versions released. This time the devices will have to release much closer together. Android devices will give us a lot of flexibility for testing too. Apple has always been the trickiest to do mass testing on. Maybe they have added stuff I am not aware of now. Only one way to find out. I learned so much setting up the Steam Store page for AQW:Unity. Wish there was more time to really dive into each platform. So much to do, so little time. But to wrap this paragraph up, we will 100% definitely be doing testing on Steam.

Time for some catch up! Below you will find the dev notes from the past few weeks. Warlic took meeting notes on the weeks I was not here. Again, these are the actual dev notes... copy/pasta'd from our meeting. Only sensitive things like commands and dev passwords are stripped out. Note: Our newest dev notes are always posted at the top. So the oldest news will be at the bottom.

Launched AQWorlds: Unity on the Steam Deck for the first time

Quest UI (and other UI)

Major part of the meeting was talking about Enhancement Implementation

With that, be sure to wishlist AdventureQuest Worlds: Unity on Steam. See you in next week's post! (Which hopefully will have some new pretty UI pics to go along with it.)