Right now... we are in a good era for Movies, TV, and Video Games

Hope your week has been going well. It has been a good, but weird week here. Yesterday I talked to Voltaire, Rogue from the Cruxshadows, and a few of our other musical friends. Trying to find a distribution platform for the two Dungeons & DoomKnights soundtracks that Jongaar & Broomtool made. What I discovered is that every person I talked to uses a different one! (TuneCore, CDBaby, DistroKid, TheOrchard). Then, Voltaire sent me a sneak peak of a song from his new album that he is recording with members of David Bowie's former band. And Rogue read me a 30-minute passage from a fantasy novel he has been working on. As a super fan I was doing my best to play it cool-- while super fan-boy geek-ing out inside.

Wait... what does this have to do with AdventureQuest Worlds Mobile?

Nothing! O_o Has it been so long since I wrote design notes that everyone forgot..... erm, forgot they are 90% random stories XD

I also went to the Theaters for the first time in several years to see the new Batman. The reviews online said it was good, but I was not expecting it to be THAT good. Between that, the new season of Picard, and all the new games that came out recently, it feels like we are in another one of those rare eras of super good TV, Movies, and Games. Do you agree? Doing our best to keep it rolling with this new mobile/steam version of AdventureQuest Worlds.... 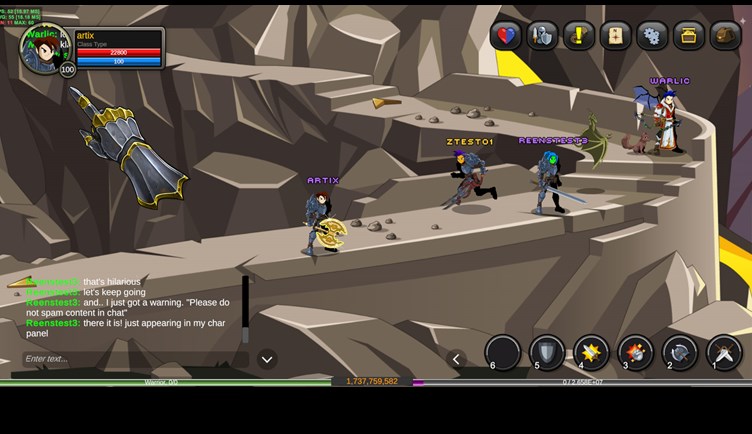 We have our big team meeting for this game project every Wednesday. Warlic & Yorumi presented a huge number of fixes... as we horrified them by discovering new bugs. 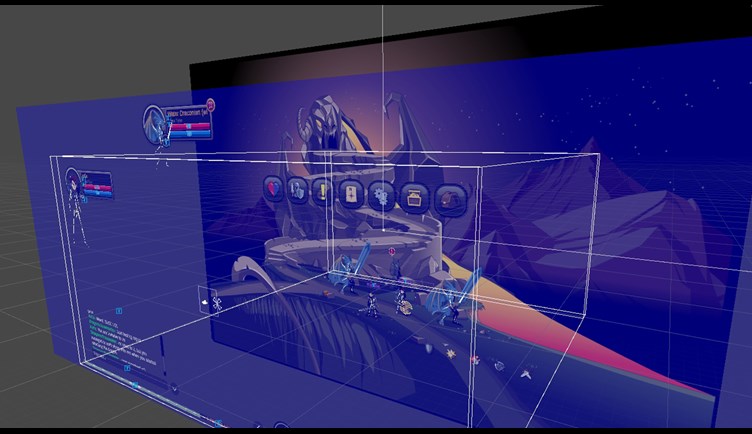 In last week's update, we had some "jaggedness" on the background art. This has been fixed. But there is a trade-off. (There is always a trade off.) We can increase the file-size or increase the blurriness. Maybe a little of both.

See, in the Flash version of the game, everything is stored in pure line-art. The art is made from vectors. It is beautiful, and will look perfect at ANY size. That is because it just draws lines with math and fills in areas with color. This is why the existing version of AQWorlds has such teeeeny tiny files... .and also why it runs so slowly compared to the new one. Modern games use your device's GPU. And video cards have no idea what line-art is. They only speak in raw pixels (Bitmaps).

When we convert an AQWorlds character to bitmaps, they are not very big. But.... backgrounds are very big. Especially if they have multiple layers for parallax scrolling. So finding the right blend of size and compression for these map backgrounds is important.

This past week J6 and Warlic experimented with a bunch of things. The current solution looks pretty good. The backgrounds looks perfect on phones and tablets. However, they can be slightly "fuzzy" compared to the characters on big computer monitors. My monitor runs at 2560x1440 when running in window mode with the game maximized, I can really notice it.

For our new scrolling backgrounds, the backgrounds need to be even larger than what you see on the screen. This, of course, makes the problem even worse. There are lot of tricks to get around it. Which includes using multiple graphics, overlaying pieces, and or even re-creating the background from a bunch of smaller bits. The process of converting these maps really does require an artist's eye. 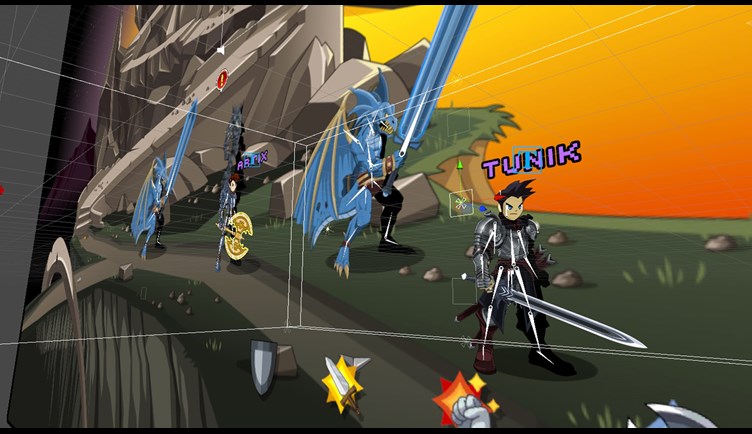 I am really glad we are doing this again. These design notes.... reminds me of my favorite times. Like when building DragonFable, MechQuest, or the original AQWorlds. Seeing big problems get posted and then swatted down the next week feels pretty good. I had originally thought we would have little daily posts. But these bigger post-wednesday meetings posts make the most sense for right now.

Meanwhile... everyone in my home has bronchitis right now. The last two nights have been up tending to sick kids instead of gaming. We tested negative for covid, but family dinner is still going to be a buffet of antibiotics. Mmmmmm!

The top three things we are working on now are....