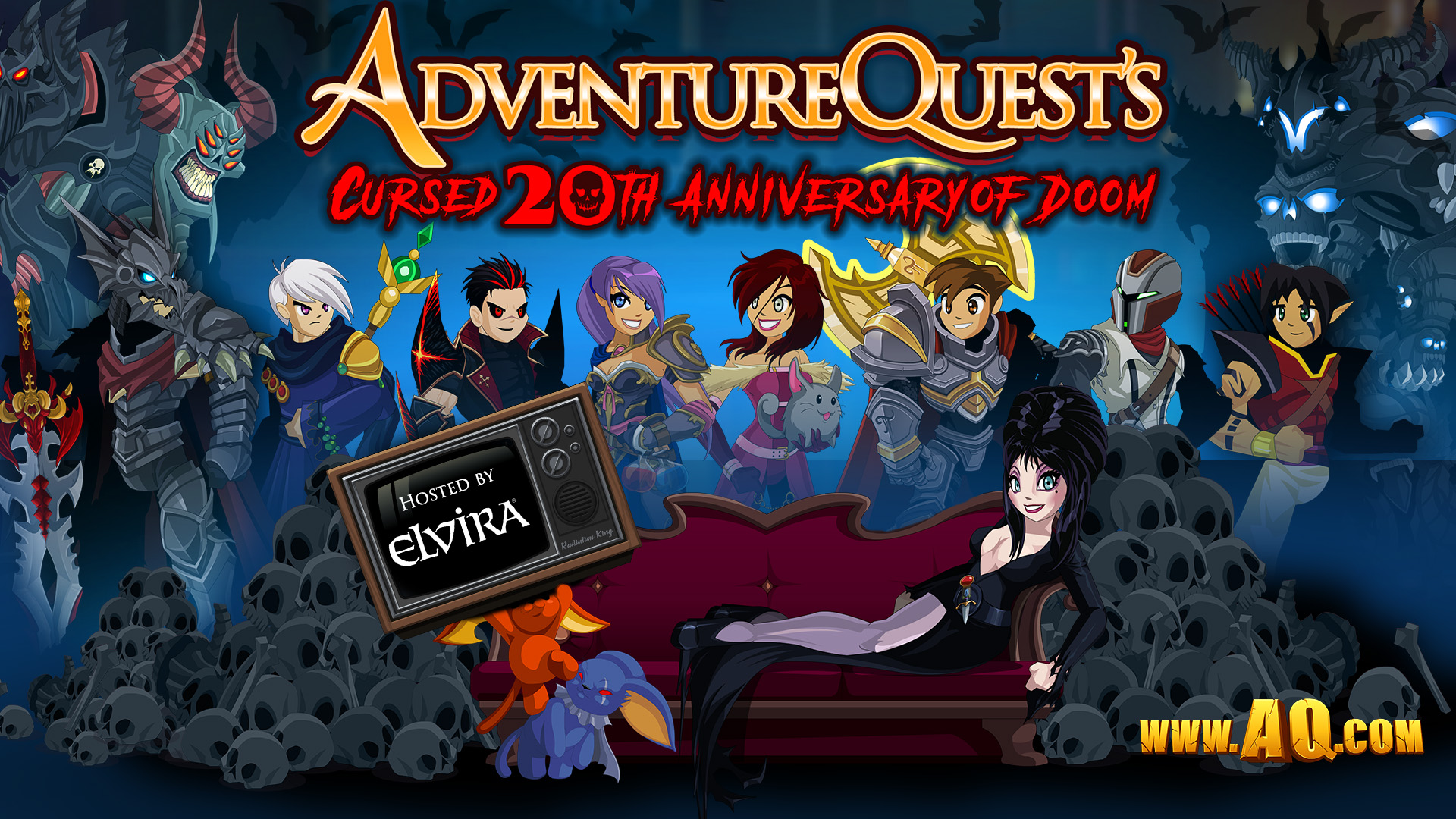 A crazy, huge, and fun event with returning guests

It was such an honor to work alongside the guests and team on this release. Special guests include Elvira, Aurelio Voltiare, George Lowe, Chaos Lord Kimberly Freeman, and our Mer'Angel Mia J. Park. Also, Beleen returned to help write the adventures alongside Memet, Alina, and myself. It has been a while since Twitter was filled with that much love and funny screenshots. The entire team went on overdrive to produce an event that big. The whole thing was an absolute blast. 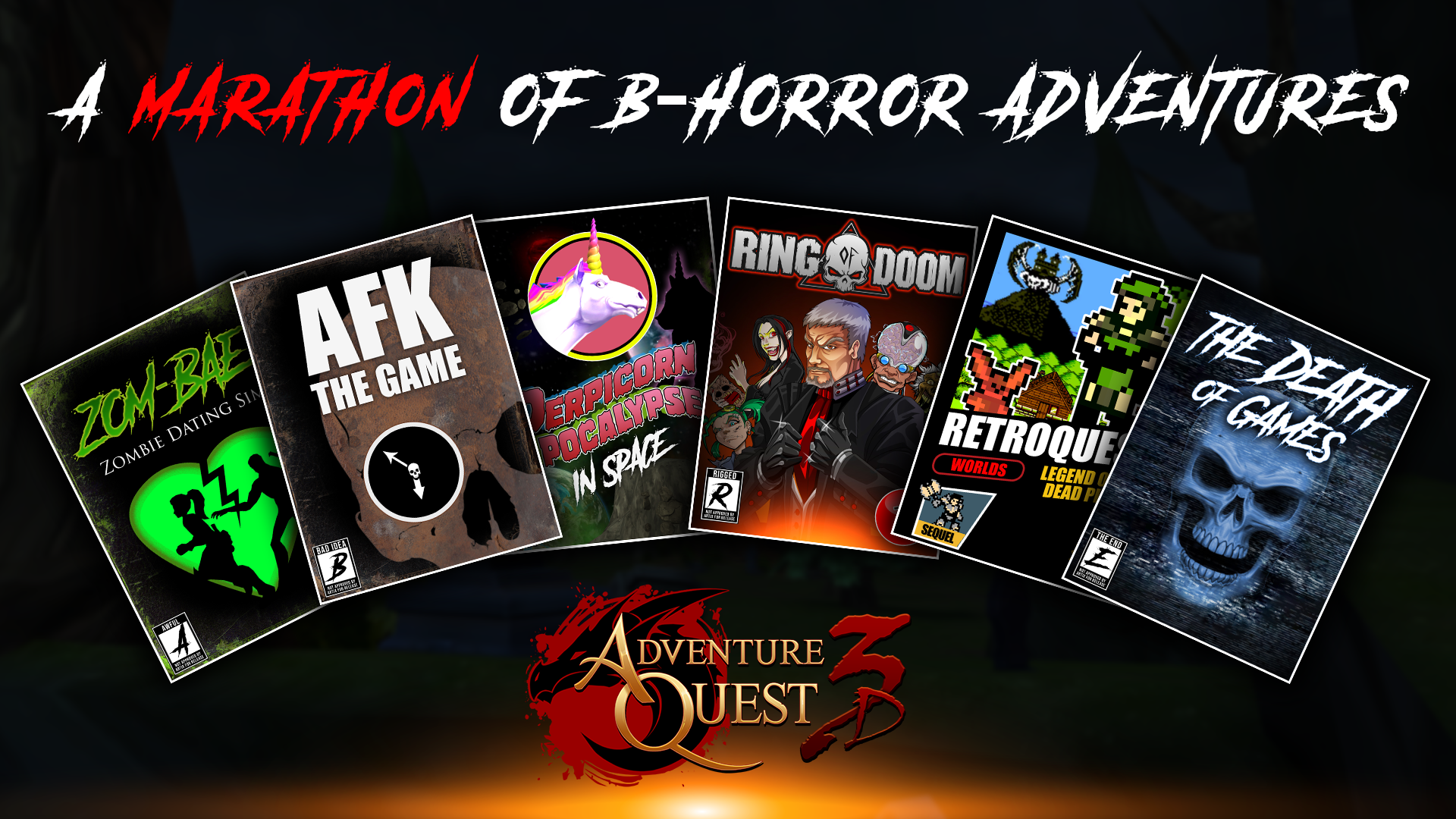 Onto our next big thing... AdventureQuest Worlds: Unity!

The only thing that could have made that event better-- was if it was also happening here in AdventureQuest Worlds: Unity. Well, it will not be long until we are releasing our weekly updates across both games. While I was focused on the anniversary event, Warlic, Yorumi, Tunik, and Zhoom have continued making massive coding progress. Today was our weekly AQW:Unity meeting. When I saw the backlog of updates posts that I did not have to post my jaw dropped. Here they are....

Towards the beginning of October, we had a long time AQWorlds player visit the lab. He asked if he could try AQWorlds:Unity and we were eager to see what he thought. We wanted him to log in with HIS character and try it. But his equipped class armors were bugged. Well, they were not converted over yet. There were a lot of problems with his items, hair, etc. So the new prime directive for the team became to make the system bullet proof so that any player can log into the game-- even if their class or gear was not converted yet. The player ended up playing the game on my Artix account. We were silent and waited eagerly to see what they thought. I was very nervous that the difference in graphics or lack of animations on some of the items would be major issues... So we were surprised when they were legitimately surprised and awe'd by how smoothly ran at 60 frames per second at max graphics quality and the background scrolled. They were even more excited when they learned about the ability to also use the WASD movement keys. The final unexpected thing was when they were shocked at how many maps were in the game. J6 had converted the entire town of Battleon and surrounding areas already. He even tried /joining a few random places that.... to his surprise existed (Even though they did not have monsters setup in them yet). After seeing this, we knew we had to start getting the game ready for early forms of testing.

Getting the Game Ready for Testers

The team is now starting every day with a "morning-build" of the game.

This weekend... everyone is flying in!?

Remote team members & VIPs from around the country and Canada are flying in this weekend. J6, Reens, Captain Rhubarb,and others (even Nulgath) will be at the lab on Friday. The 20th Anniversary is a really good excuse to get the whole band together in person. The big thing on everyone's mind will be our strategy to complete and release AQW:Unity. When we get everyone together... SOMETHING always happens. Maybe there will be a good story or two for next week.

See you for next week's update.